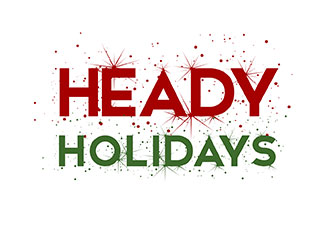 EAST BURKE, Vt. — Everyone has a different family and different traditions, but there’s a high probability that at some point, when you’re done with all of the light-hearted and non-confrontational conversations about politics, protests, and produce, it’ll be time to talk about pot. Below are some talking points about hemp, medical marijuana, and legalization politics to help you and yours have more interesting and fact-based cannabis conversations. For more great tips with more advocacy focus, check out this Facebook post from the Marijuana Majority and follow Tom Angell online.

“Basically, it’s part of the same plant family and looks (and often smells) like mary-ju-wanna, but it doesn’t have the psychoactive chemical that gets you high. It’s the sober, much more productive cousin in the family.”

“It’s actually still federally illegal — that’s why most farmers, even in states where hemp is legal, don’t grow hemp. Vermont has some of the best hemp laws in the country and requires a $25 license from the state, but it’s still technically federally illegal. The UVM Agricultural Extension is doing some very cool research, also check out the Vermont Hemp Company whose founder will be speaking at UVM on Thursday, December 1.”

“It can be used for fiber and was grown widely during WWII as part of a government-sponsored ‘Hemp for Victory’ program. These days, ‘hempcrete’ is being used a super-efficient building material, to make plastics from refining cellulose in the plant — there’s even a hemp airplane.”

“There are many different compounds in the cannabis plant, the major non-psychoactive one is called cannabidiol, or CBD. It’s being used increasingly as a nutraceutical in food products, health and beauty projects — there are even CBD products for dogs.”

“Back in the 1830s, the Fairbanks Brothers grew hemp and started the St. Johnsbury Hemp Company in the Northeast Kingdom — they actually invented the platform scale to help weigh wagon-loads of raw hemp.”

“Some industrious and creative Vermont Brewers have even started brewing beer with hemp — Stone Corral in Richmond makes a brew called Saisonja, and stay tuned for Green Empire Brewing, which makes a brew called ‘Hemp Head’, both of which used locally-grown Vermont Hemp Company seeds.”

“Patients are allowed to grow a limited amount of their own plants, but most medical marijuana patients (81% of them) utilize one of the four dispensaries in the state. A month’s supply of medical buds can easily cost between $600-$800.”

“Doctors don’t actually recommend or prescribe medical marijuana in Vermont – they just sign a paper saying that the patient has a medical condition that the legislature has deemed appropriate. In 2016, the qualifying conditions were updated to include ‘chronic pain,’ which is expected to increase the number of patients. A Vermont legislative committee recently discussed other major medical marijuana reforms for 2017, including possibly adding PTSD as a qualifying condition.”

“The medical marijuana dispensary on the Burlington Bike Path, Champlain Valley Dispensary, has a public storefront called the CVD Shop where you can learn more about signing up for the registry in person.”

“In 2016, legalization for adults passed in Maine, Massachusetts, Nevada, and California, joining Colorado, Washington, Oregon, Alaska, and the District of Columbia. Presently, 1/5 Americans lives in a state where marijuana is legal. Marijuana reform was, by far, more popular than any single politician in 2016.”

“Cannabis is technically a Schedule I drug at the federal level, being defined as having ‘no medicinal value’ and has the same DEA categorization as heroin; more dangerous than cocaine, methamphetamine and fentanyl, which are all Schedule II drugs. The classification of schedule I restricts research capabilities, limits medical marijuana businesses from banking options, and prohibits intra-state transport of cannabis”

“States with legal marijuana laws are technically violating federal law, but the Department of Justice has issued memorandums, namely the Cole Memo, which outline specific conditions they must meet when creating their own state laws.”

“Almost all of the states that have passed marijuana laws have done so via binding ballot referendums. The Vermont Constitution prohibits binding referendums, which means that the ONLY way that Vermont can change the laws is by the legislature passing a bill. Here’s the latest discussions that have taken place in Montpelier.”

From our tables to yours, have a Heady Holiday!!