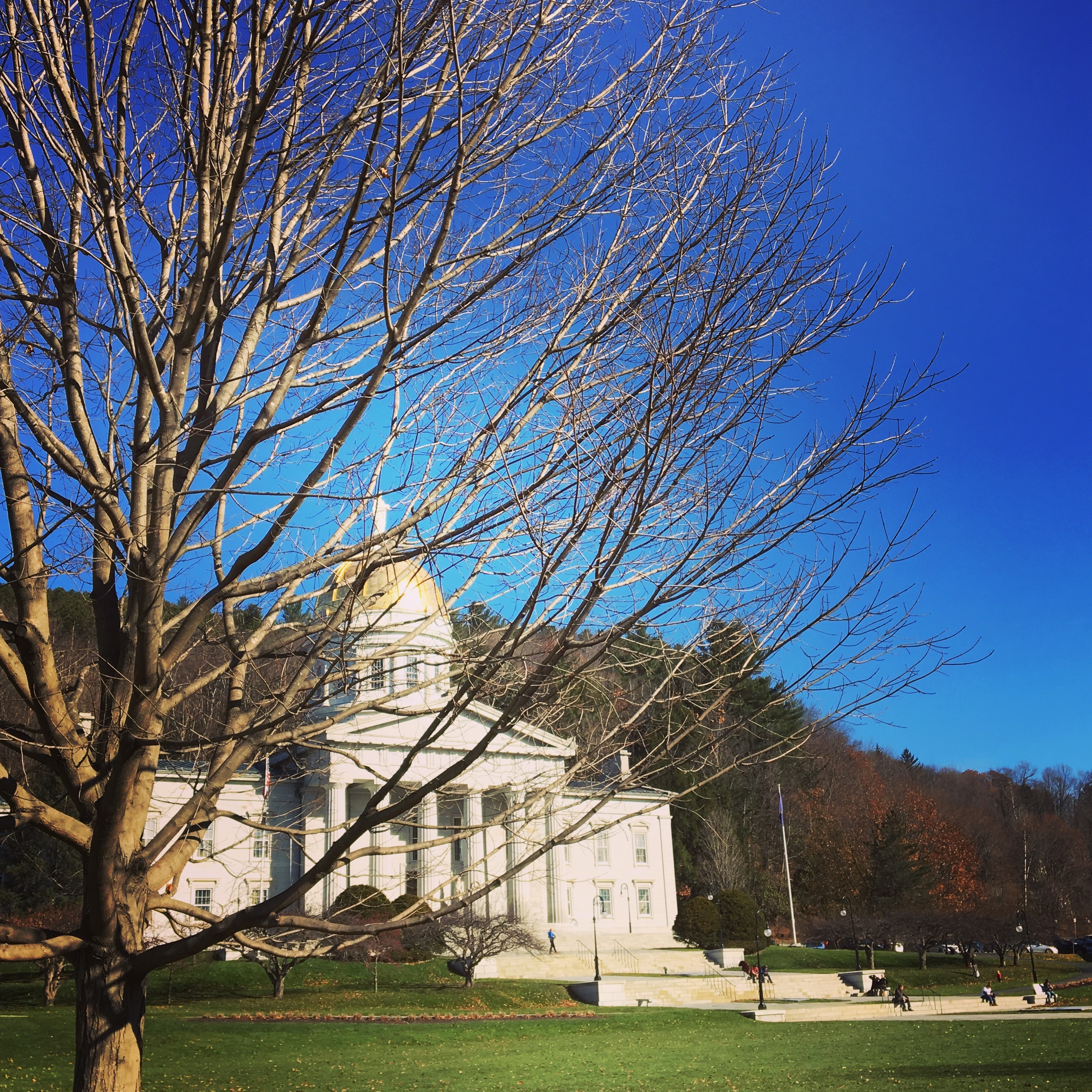 MONTPELIER, Vt. — Following the defeat of the S.241 adult use legalization bill in the Vermont House of Representatives last year, leaders in the Vermont legislature promised to examine the various issues surrounding cannabis reform before the start of the 2017 session by convening dedicated cannabis reform sessions in the fall.

That task was undertaken by the Vermont Joint Legislative Justice Oversight Committee, which contains ten members, a combination of influential and experienced senators and representatives who represent powerful committees in both the House and Senate. Since the first session back in mid-September, the committee has heard dozens of hours of testimony on topics ranging from medical marijuana reforms, to updating home grow rules, to the rules governing the state’s four existing medical marijuana dispensaries.

During the final session on Tuesday, the committee was expected to summarize what had been discussed and give some clues into the starting point for cannabis reforms during the 2017 session. Those starting points were initially expected to focus more on the legalization of broader adult use, especially in anticipation (and subsequently, fruition) of adult use legalization votes in Maine and Massachusetts.

However, adult use legalization was barely mentioned on Tuesday until the late afternoon as the committee members instead spent the morning discussing a draft bill that proposed major reforms to the state’s oft-criticized medical marijuana program, which is presently ranked a D+ by Americans for Safe Access.

The central theme of those changes was increasing the options for Vermonters to join the medical marijuana registry, both in terms of the qualifying conditions, as well as the way they obtain cards from medical professionals.

New potential qualifying conditions that would be added included Parkinson’s Disease, Crohn’s and PTSD were explicitly added to the list of eligible ailments, joining chronic pain, which was added earlier this year via S.14. An additional crucial line in section C of that draft includes the line, “other disease, condition, or treatment as determined in writing by a qualifying patient’s health care professional.” Theoretically, that ‘disease, condition, or treatment’ could include other medical issues that are not explicitly listed as qualifying conditions.

There is also a significant shift in who can sign marijuana registry forms for prospective Vermont medical marijuana patients. Currently, in order to join the state medical marijuana registry, Vermont residents must have a ‘bona-fide’ relationship with an approved health care provider, defined as at least three months (down from the previous six-month requirement). Currently those approved health care providers are limited to Physician (M.D. or D.O.), Physician Assistant (P.A. or PA-C), Advanced Practice Registered Nurse (APRN), and Vermont Naturopathic Physician (N.D.)

Those circumstances would not be changed, but under the draft language discussed here, an entirely new group of health care professional “who specializes in diagnosing and treating certain debilitating medical conditions” could also be eligible to register Vermonters as legal medical marijuana patients, pending a full assessment of the prospective patient’s medical history and current medical condition, including a personal physical examination.

Another significant change to the medical marijuana program that was discussed was the question of where this medical marijuana comes from, and if there would be changes to the rules pertaining to the state’s four dispensaries. The state legislature had initially allowed two dispensaries to operate in Montpelier and Burlington starting in 2011, a law that was amended to allow up to four total dispensaries.

The draft language discussed on Tuesday proposed to increase that cap to six total dispensaries, allowing two more to open. Under the proposed language, those six dispensaries would also be allowed to serve patients and caregivers at more than one location (e.g. an existing dispensary opening up a satellite/franchise dispensary in a different town).

Senator Sears was a strong supporter of the Senate-passed version of S.241, the legalization and regulation bill that failed in the House last year, and has said consistently throughout the fall committee sessions that he had heard many complaints from constituents and current medical marijuana patients about the lack of access, lack of choice, and the high cost of medical marijuana in Vermont.

He had previously noted that south of Rutland, there are no operating dispensaries, and that even with delivery options (check out Grassroots Organics, the Brandon-based dispensary that has the state’s most mature and effective delivery system), there is still room for dispensaries to serve underserved parts of the state and that more competition would likely drive down prices for medical marijuana patients.

While expanding the number of dispensaries was met with enthusiasm in the morning, by the late afternoon, other committee members were less excited about allowing new operators to open dispensaries, instead preferring to let the existing dispensaries open outlets in new locations. As the tone of the discussion shifted in the afternoon, a visibly frustrated Senator Sears mentioned the possibility of him introducing separate legislation that would increase the dispensary cap to eight, outside of other updates.

For patients — whose monthly and personal possession limits would increase from two ounces to three ounces — the new changes would allow them to designate a dispensary AND also grow their own medical marijuana at home, a significant change for patients who want to grow at home, but don’t want to wait to harvest their own (hopefully successful) crop.

However, no matter if new dispensaries are licensed and/or open new locations, under the proposal, patients would still be restricted to registering for, and purchasing from a single dispensary that they designate.

Still, the ability for patients to both grow at home and purchase at a dispensary is a major step forward for Vermont patients. Stuart Savel, a registered medical marijuana patient and resident of Brattleboro who attended the hearing, agreed that the proposed draft would benefit Vermont patients. He thinks that, in keeping with the theme of allowing patients more freedom to cultivate for themselves, the next step is increasing the number of plants medical patients are allowed to cultivate.

“I think it’s a good step in the right direction. I also think that we need to increase the number of plants that patients are allowed to grow — two plants still isn’t enough for patients to be able to have enough flower for themselves, or to produce the kinds of salves and tinctures that so many medical patients prefer.”

While mostly overshadowed by the medical program reform discussion, the broader question of adult use legalization was discussed briefly at the end of the session and legislators confirmed that there would very likely be two separate bills proposed for aforementioned medical marijuana reforms, as well as for broader adult use. It’s still unclear which specific committees would tackle those bills to start, but the medical bill is likely to start in the Senate, where the broader adult use legalization bill would more likely start in the House.

Join Heady Vermont and learn more about political discussions around legalization in Vermont, the status of the agricultural hemp industry in the state, and ongoing medical marijuana research in academia and in the field on Thursday, December 1 at the Davis Center at the University of Vermont from 6-8pm. Facebook Event Details