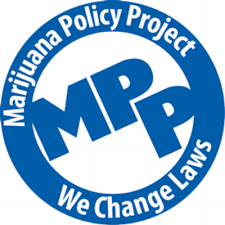 BURLINGTON — The Marijuana Policy Project (MPP) was originally formed in 1995 and is the nation’s largest organization dedicated solely to marijuana policy reform. Following the largely disappointing conclusion of the 2016 legislative session in May, the MPP is expanding their grassroots team in Vermont with the recent hires of two new coordinators, Matthew Tolley of Burlington and Ed Bank of Springfield.

New England Political Director Matt Simon, who has previously been based in Montpelier full-time during the fall and last legislative session, said that the addition of Tolley (Northern Vermont coordinator) and Bank (Southern Vermont coordinator) will not only help with the general grassroots campaigning efforts, but also represent more diverse populations and locales.

“Matthew is a recent UVM graduate, very enthusiastic and has done a great job already starting at the Gary Johnson/Bill Weld event,” Simon said of the MPP’s new northern Vermont coordinator. “Ed lives in Springfield and he had a career in the corporate world and retired several years ago, moved to Vermont and bought an art gallery. He’s a snowboarding instructor in the winters… Ed’s chairman of his local school board and is active in his community so it’s another important voice to add.”

At the national organizational level, Simon is technically the only MPP employee working directly in Vermont; however the organization also directly supports the Vermont Coalition to Regulate Marijuana, led by Director Laura Subin, an attorney recognized as an expert in domestic violence and experienced in both nonprofit management and political advocacy in Vermont. That coalition includes a broad range of influential individuals and organizations representing the political, business, and even religious realms.

In addition to the extra hands, Simon also believes that the cause of legalization is enhanced by the extra attention from an election year, saying, “It’s definitely one of the top three or four issues being talked about in every race and being asked of candidates top to bottom.”

He also noted that the primary results were promising for pro-legalization candidates, such as Bernie-beneficiaries Chris Pearson (P/D-Burlington) and longtime champion David Zuckerman (P/D-Burlington), both of whom managed to win Democratic Party primaries, beating establishment favorites less supportive of cannabis reform.

The MPP produces a detailed voter guide that includes legislative candidates (which helped inform the interactive map above), but Simon underscored the importance of the executive branch, whose administration would be largely responsible for shaping and implementing any near-future cannabis reforms.

“I think that most of the action will be in the race for Governor and Lieutenant Governor where the strongest contrasts are — Sue Minter being in favor, Phil Scott not being in favor; David Zuckerman being a longtime champion and Randy Brock being a longtime prohibitionist who was strongly opposed to decriminalization when he ran four years ago. Those are the biggest contrasts and they certainly happen to be in the highest profile races.”

Even though the VPR/Castleton polls have shown statewide majority support for legalization each of the last three years, the new MPP coordinators will help Simon, Subin and the rest of the coalition members focus more on specific areas of Vermont.

“There are certain towns and counties where we think we’ve already got a really strong presence–Burlington being the best example, legislators overwhelmingly voted in favor and those representatives told us they heard overwhelming support from their constituents.  The opposite end of that spectrum would be Rutland County where we know that we don’t have the same level of vocal active support, but we think residents support it just as much, but legislators need to hear from them more. So we will focus disproportionally on certain parts of the state where the coalition isn’t as strong as it could be, but we are certainly looking statewide.”

Starting today, lobbying groups, political candidates and the public (Follow Heady Vermont on Facebook and Twitter for updates) will gauge the concerns and leanings of at least ten influential legislators at the first of six special Joint Legislative Justice Oversight Committee meetings dedicated to the questions surrounding marijuana legalization.