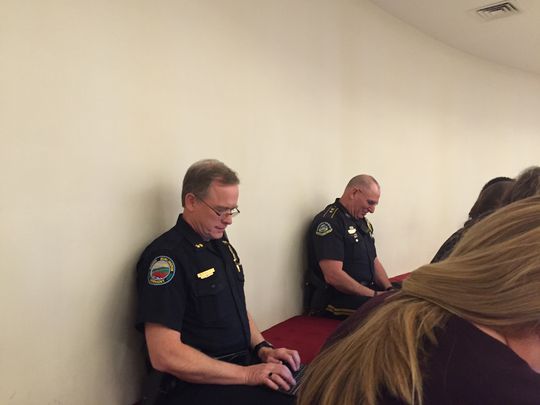 As the Reformer continues, citing the Vermont Agency of Transportation recently released report: “highway fatalities on Vermont roads have nearly doubled compared to this time last year, with the majority of fatal crashes involving non-use or improper seatbelt usage, speeding, and/or driving under the influence of alcohol, drugs, or both.”

We should note that due to our tiny population, all Vermont statistics are based on very small population scale; however, in small communities, the impact of all lost lives can feel more acute. Even if this year is an outlier, the increase of of road fatalities is a reminder that motor vehicle accidents are statistically still more deadly (barely) than firearms, taking an especially large toll on Americans age 15-24.

As mentioned above, it appears that the increase in road deaths in the first half of 2016 is due to the simplest factors: driving too fast and not wearing seat-belts. For better or worse, depending on your perspective, it seems to me that the most attention that highway safety has received recently hasn’t been about seat-belts or speeding, it’s been more about stoners and saliva tests.

As someone who carefully observes the state’s developing cannabis policies and politics on HeadyVermont.com, I appreciate that covering pot before/during/after the legislative session gets attention from advocates, the opponents, and the silent majority of Vermonters who don’t care that much, but think it should just be legalized so small businesses and the state can raise revenues, without needing a banner snow year or new tax programs.

When it comes to legalization and highways safety, one of the many headlines that stood out was a Seven Days article that was

published by Terri Hallenbeck (@TerriVT) before the legislative session, in December 2015: “Will Highway Safety Put The Brakes On Legalizing Pot in Vermont?”In the article, Hallenbeck spoke to Colorado’s State Highway Safety Manager, Glenn Davis, who was asked by Hallenbeck if, his state’s roads are less safe today than they were before legalization in 2014? He responded, “I can’t say…Data is challenging, our fatalities are kind of on the uptick, but I truly cannot say marijuana is a factor in them.”

In addition to out-of-state experts, also speaking to legislators and government officials were numerous members of the public safety and law enforcement community, some of whom were sighted weekly—in full uniform, armed, and during the middle of the day—at the Statehouse, sometimes to testify, sometimes to attend committee hearings and rub elbows with anti-legalization lobbyists and sympathetic legislators.

When thinking about the latest legislative session (although the head of public safety, might or might not be replaced, regardless of who is the next governor) consider that the original (Senate-passed) S.241 included nearly $1M for law enforcement up front to hire more troopers, upgrade the state police lab, and expand Drug Recognition Expert (DRE) training, AND a full 25% (!!) of future cannabis-derived revenues…still, state law enforcement opposed S.241, and every compromise that followed related to reforming cannabis policy in Vermont.

With the recent data, we know that during the first half of 2016—while the Legislature was considering various bills and amendments related to future legalization–the combination of speeding, lack of seat belts, and driving under the influence of alcohol and drugs killed 68 % more Vermonters in the first half of 2016 compared to 2015.

So why does law enforcement continue to focus on marijuana when we know that people already use it and drive, and that it’s nowhere near as dangerous or impairing as alcohol?  As Dr. Joe McSherry, a Neurologist and Associate Professor at the University of Vermont College of Medicine, recently explained:

“The police believe it (marijuana) is bad, alcohol is not so bad, as long as it’s .08 or less, but actually, .08 is four times more likely to get in an accident as .00, but they’ve been trained that .079 is okay, and any cannabis is bad. So that’s what they (the police) testify, but that’s not correct.”

And the cannabis tax revenues that could are most certainly real, and have grown steadily. As the Tax Foundation recently outlined:

“In the most recent six months for which data are available (September 1, 2015 to February 29, 2016), Colorado collected $64 million in retail marijuana tax revenue, up 64 percent from the same period a year earlier. Collections in calendar 2016 will likely be somewhere between $143 million (assuming the market has stabilized at around $56 million in monthly sales) to $185 million (assuming the current growth rate continues). The state received some attention in 2015 when marijuana tax revenues were twice those of alcohol taxes; they may end up quadruple by the end of 2016.[13]“

For the families of any and all of those killed on Vermont roads, there’s surely no solace in looking back, but there are lessons to be learned and shared with us all. Some of the lessons are basic, such as the importance of seat belts and not driving too fast; some are more complicated, such as how we fund the measures we know make our roads smoother and safer.

We know that despite major changes in traffic statistics, and minor changes in political leadership, the majority of Vermonters have favored legalization for at least the last three years (57%, 54%, and 55%, respectively) and recently helped State Senator David Zuckerman (P/D Chittenden) win a tough race to be the Democratic Nomineefor Lieutenant Governor.

As states around Vermont lead on cannabis reform, and our own leaders change–and change their positions on legalization–we will continue to reform our cannabis laws. If there are negative consequences to legal changes in Vermont, and our neighboring states, we will learn these lessons, along with those from out West, and adapt as necessary.

However, as a state, we are ready to work through the unique challenges together, and seize the opportunities that marijuana legalization can provide, not be distracted by hypothetical ‘what-if’s’ or red herring arguments.

Eli Harrington is the Editor-in-Chief and Co-Founder of Heady Vermont, where this story first appeared and is the Host of the Vermontijuana Podcast on iTunes

Update: Read the NPR Article, “The Difficulty of Enforcing Laws Against Driving While High”