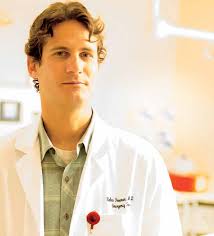 BURLINGTON, Vt. — The University of Vermont’s cannabis speaker series continued last week with a lecture on the clinical applications of medical cannabis. Due to strict laws surrounding the use of cannabis in a medical setting, a lot of “research,” or claims of medicinal benefit, lack verifiable and replicable evidence. In order to make sure the information the lecture series presented was accurate, the lecturers only used the most reputable study and research sources.

Dr. Kalev Freeman, Md, PhD, a physician-scientist, led the lecture. Freeman is the medical director of Vermont Patients Alliance and the co-founder of the Phytoscience Institute, a non-profit plant-based pharmaceutical research facility. Dr. Brian Kaskie, PhD, a University of Iowa professor in the department of Health Management and Policy, joined Freeman as a guest speaker. Kaskie spoke about the determination of state-managed cannabis use as well as the application of cannabis in the older generation.

The lecture highlighted the application of cannabis as a treatment for chronic pain because it has some of the strongest evidence behind it, and because the recent changes to Vermont’s medical cannabis law expanded coverage to include sufferers of chronic pain. Freeman pointed to the relative safety of experimenting with and researching cannabis as compared to other substances, and its promising use as a pain management tool.

Participants learned how the plant synthesizes terpenes (compounds that contribute to much of the smell of cannabis) and what medicinal applications they could have. “There are products produced by the cannabis plant besides cannabinoids, such as terpenes,” Freeman said. “Many compounds are found in the cannabis plant beside THC, some of these actually have medical properties.” Those with a basic understanding of cannabis will already be familiar with the entourage, or “whole plant” effect, which is the synergistic effect of cannabinoids, terpenes and other chemical compounds in cannabis strains that, together, produce a full spectrum of therapeutic applications.

A subject touched on by other speakers in the series and continued by Freeman was the impact of medical cannabis on opioid addiction, an issue Vermont has struggled with in recent years. “States that have medical marijuana programs, over time tend to have decreased deaths from opioid overdose… It takes several years to see those effects but over time those effects do occur,” he said. “Vermont had one of the most restrictive programs in the country when the Vermont program first started, but we’re starting to see some expanded indications and we suspect as doctors start to recommend cannabis as a substitute for opioids and muscle relaxants, we will see a benefit.”

The next lecture in the UVM Cannabis Speaker Series, “Cannabis Chemistry” presented by Wolfgang Dostmann, Ph.D. is July 6, 2016 from 12-1pm and the final presentation, “Medical Cannabis Business and Policy,” presented by Willy Cats-Baril, PhD, takes place on Wednesday, July 13 from 12-1 p.m.