Thousands of New Englanders Convene for Cannabis at NECANN Boston 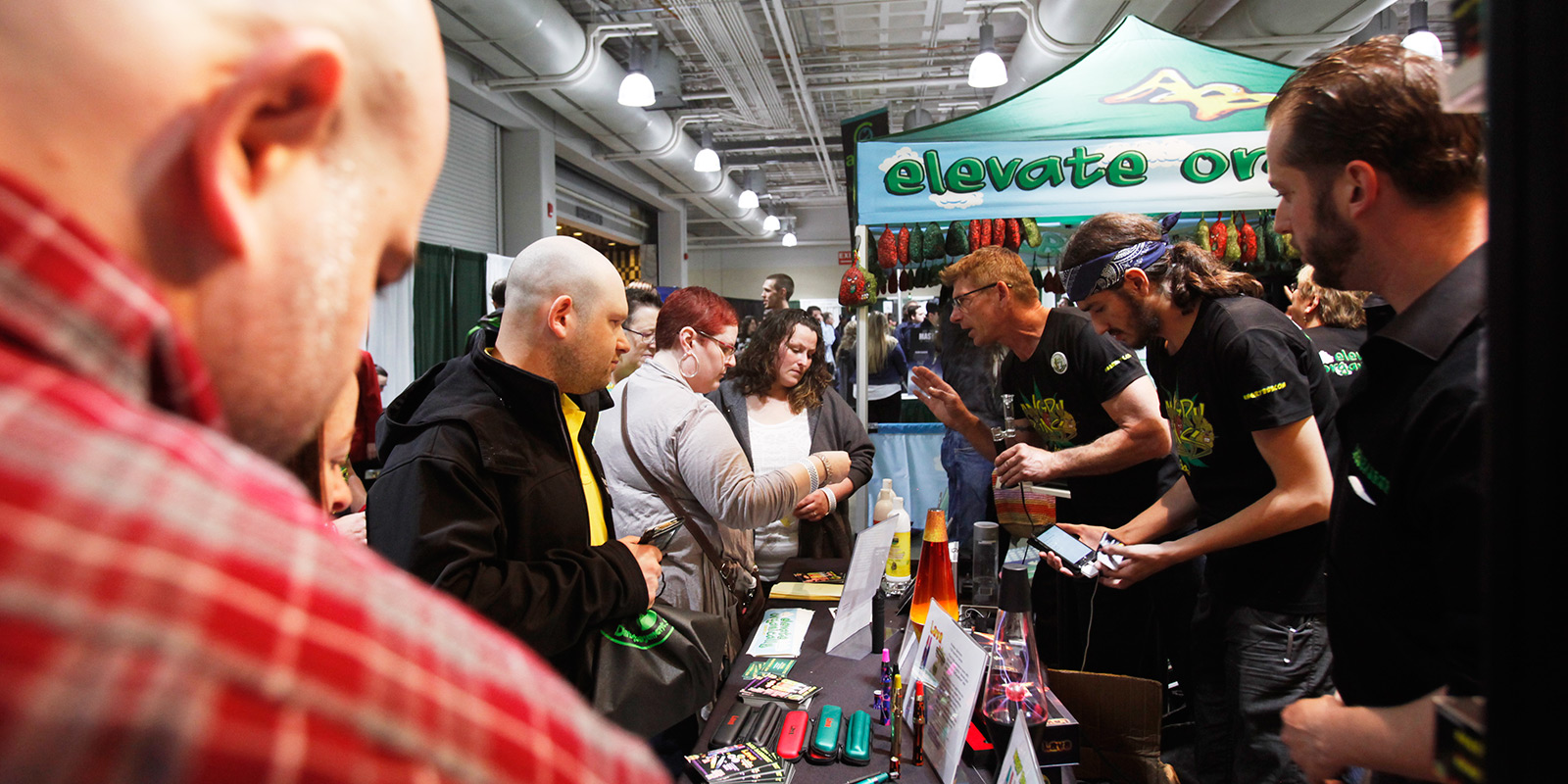 BOSTON, Mass. — During the Saturday and Sunday immediately following 4/20, over 110 vendors, 90 speakers and 4,000-plus attendees converged in the heart of Boston at the Hynes Convention Center for the second annual New England Cannabis Convention, the region’s largest cannabis trade B2B/B2C/Advocacy trade show, coordinated by the New England Cannabis Network (NECANN).

Co-founder and organizer Marc Shepard described the event as a “best case scenario” that demonstrates the explosive growth of the industry and confirms the intuition that motivated he and fellow DigBoston publisher, Jeff Lawrence, to start coordinating cannabis trade shows in New England. “Our original thought for doing this was that the industry is inevitable, and if we sit back and wait for the inevitable to happen, the successful models and investors from other states are going to come in here and plop their models down here and collect the money,” Shepard said.

The year before, Shepard says, they were being turned down by local venues and instead held two smaller shows in Boston, as well as one in Providence, Rhode Island, and one in Portland, Maine. According to comments in the Boston Herald story (and Fox 25 TV story), for the organizers, a key aspect of the event was building a forum that intentionally elevates businesses in New England states, while still inviting national expertise.

Said Shepard: “We wanted to create a forum for local businesses and New England regional biz to get together, network and put together winning plans now while there’s still time — and we’re obviously not trying to being isolationist and we’re welcoming national companies that want to do business in New England but at the same time we’ve put a lower bar of entry for vendors to get in so the smaller businesses of New England can be at this event.”

Far from a 4/20 smoke-out, the event itself was part business trade show, part mega meet-up group, and part educational seminar. There were a huge variety of vendors with some of the expected booths at a legal cannabis trade show: lighting equipment, fertilizer/nutrient companies, and even foldable silicon bongs that attracted many a glazed gaze from passerby.

One vendor who provided an accurate glimpse into the world of the cannabis entrepreneur was Ralph Greenberg, the enthusiastic and friendly self-described “Lab Sci Guy” who repurposes and sells used lab equipment for the cannabis industry. His display in the exhibition area included over $100,000 of lab equipment next to which he energetically discussed everything from extraction equipment to his hunger-fighting charity (Key for Hope). It wasn’t the first trade show for the Lab Sci Guy, but he certainly appreciated the local emphasis (his business is based in Avon, Massachusetts):

“I believe when you see the amount of attendees and the amount of interest the community has brought — never mind people from outside of this community: West Coast, Southerners, Canada who have come to this show to see that when you bring a viral opportunity together — this is really something that’s a long time coming.”

Other participants — a decent number of whom were active patients and caregivers — shared his enthusiasm for the chance to congregate in the daylight and to learn from each other, not only from the booth presentations, but also during the multiple seminars and discussion groups taking place at the two different presentation stages.

Advocacy groups were also present, including Women Grow representatives, the Massachusetts Patients Advocacy Alliance, and even newer groups such as the Minority Cannabis Business Association (MCBA), who represent the ongoing trend of cannabis entrepreneurs creating networks to build connections and education.  The Sunday booth volunteers at MCBA, Tim Gee and Tommy Vo, have backgrounds in fashion, music and tech startups and currently work for Open Market Collective where they’ve already started consulting with cannabis brands. The heart of their advice for would-be cannabis brands and entrepreneurs (minorities and otherwise) was in line with the theme of the day, to bring sincerity and creativity to the cannabis community and get beyond the traditional:

“Dispensaries are like the gateway to get into this industry which is difficult — so it’s about encouraging an even more inclusive atmosphere to try and present a broad spectrum of different job opportunities, not just owning a dispensary.”

Even before the industry has truly arrived in New England, the NECANN show proved that patients, advocates, entrepreneurs, and curious citizens are ready for the next regional cannabis step. From being unable to find a willing venue in Boston the year before, to filling up a Hynes Convention Center Hall space on Boylston Street, the NECANN conference — and its thousands of attendees, hundreds of exhibitors, dozens of seminars — proved that New England is ready to roll … and use cannabis in every other way too.