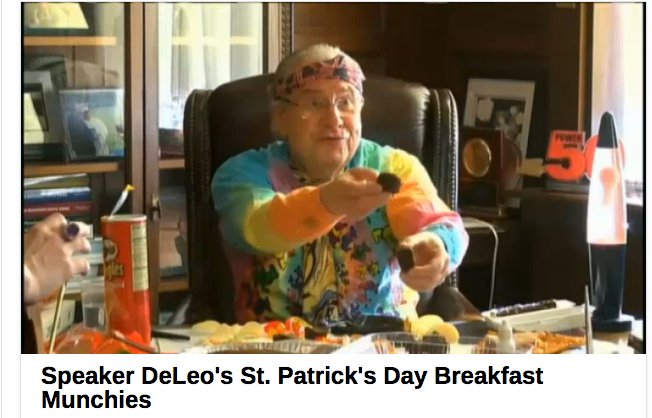 BOSTON, Mass. — In Massachusetts, at least the initial questions of marijuana will be answered by residents themselves via a yes/no vote on a ballot initiative in November of 2016. That’s good news for reformers in the Bay State, where politicians are increasingly voicing concerns and doubts.

Some of the opposition comes from familiar and unsurprising sources such as the Sheriff’s Association and the Massachusetts Hospital Association. Republican Governor Charlie Baker is currently enjoying his high favorability, but has a traditional social conservative opposition. Boston Mayor Marty Walsh touted his alcoholic recovery experience as giving him substance insight during his campaign.

The latest Boston politician to publicly oppose the marijuana ballot initiative is Senator Jason Lewis (D-Winchester), who is the head of the special legislative committee on marijuana, and whose office just authored the legislative report. That 118-page report is described as taking a ‘cautionary’ approach, specifically concerning packaging on edibles (which would be allowed) and the allowance of personal cultivation (up to six plants).

In a state acclaimed (and wealthy) for healthcare, pharmaceuticals, and medical research, the perceived commercialization of marijuana is increasingly cited by opposition, including Lewis, who is also chair of the Joint Health Care Committee. Not all Massachusetts pols feel the same: Former U.S. congressman and state prosecutor William Delahunt, who also created the prescription drug abuse caucus while in Congress, created a group called Medical Marijuana of Massachusetts and received three licenses for medial dispensary licenses.

Democratic Speaker Robert DeLeo, an opponent of marijuana, poked fun at the initiative via a stoner-munchie-pot brownie video played at the St. Patty’s Day Breakfast in South Boston (a political tradition that’s a bi-partisan roast and toast). The video drew a few chuckles, but those brownies surely didn’t come from the award-winning Boston chef busted at the border with the real thing.

Speaking of confections and cannabis, at the former residence of Boston artist Johnny Cupcakes, police busted a large grow in a Hull house, where SWAT members arrested a couple and seized forty pounds of bud, fifty plants, and firearms. As the political discussion continues to evolve, expect police to crack down on home grow and other operations – including homemade hash oil, which caused a refrigerator to explode in South Hadley last October.