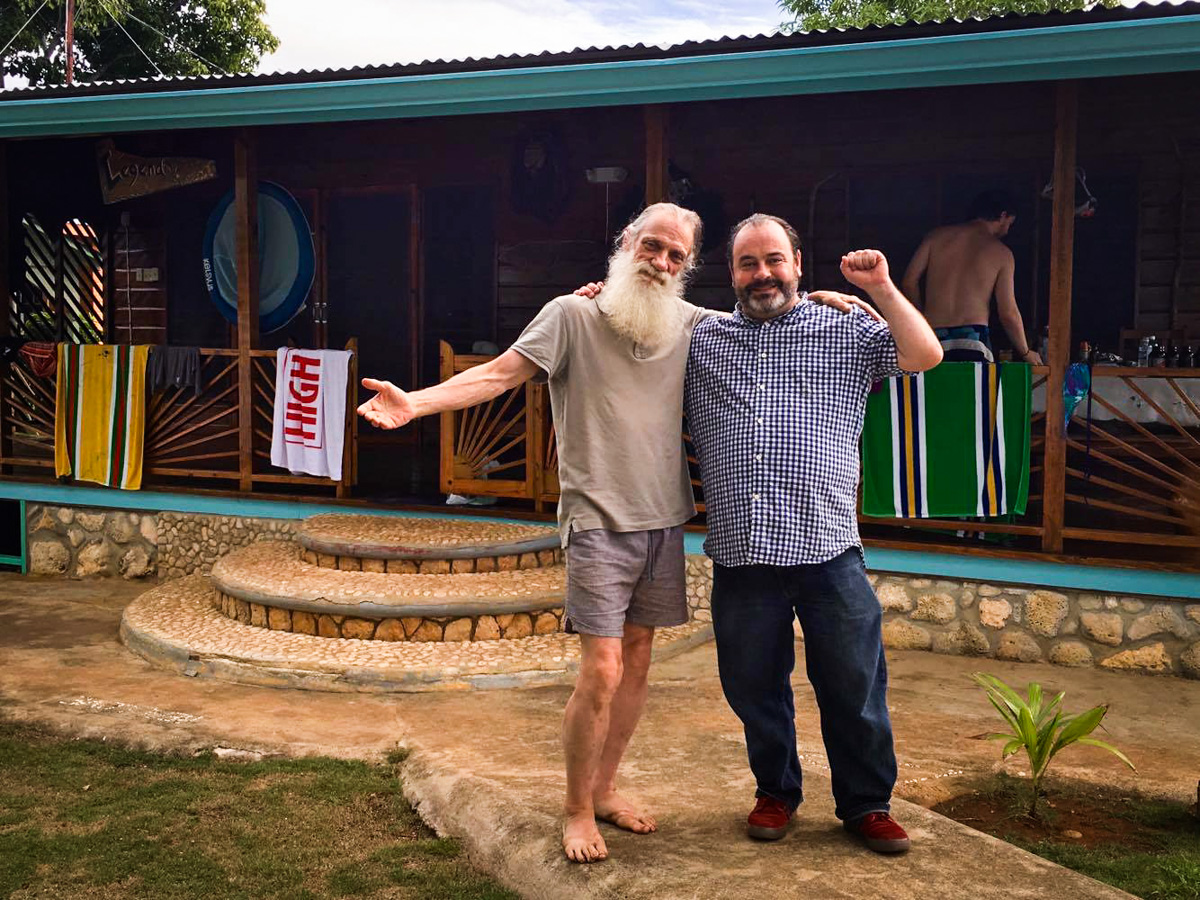 Rick Cusick, 61, is the associate publisher of High Times magazine and HighTimes.com, a longtime board member of NORML and author of forthcoming book Reefer Dadness. Heady Vermont Editor Eli Harrington caught up with Cusick over the phone to talk about parenting and pot.

Heady Vermont: So as someone who’s been a longtime activist and professional in the cannabis industry , and who’s seen a lot change, can you share some perspective about how parenting as an issue, and parents as people, have been involved?
Rick Cusick: Well, you have to understand that with cannabis, there are really multiple issues that are intertwined and you’ve got to untangle them. So if you look at how cannabis became illegal, you see that it was all about the children starting with [William Randolph] Hearst when his Yellow Journalism machines were pumping out stories about young people being turned into maniacs by “reefer” and even killing people. There were stories about youth killing their families that were being blamed on marijuana, so these untrue, but scary stories, were a major part of the historical impetus to make it illegal and the strategy used by [Harry] Anslinger.

They [opposed to marijuana] see that we’re winning the public debate and that people are finally seeing through the propaganda, so now that it’s becoming legal and they’re losing, they have nowhere to go with arguments, so it’s back to the children.

HVT: What kind of advice do you give to parents who support cannabis reform (or might even be smokers themselves), especially those in states where it’s not yet legal?
RC: Well, your first obligation is always to your kids, and all activism fails if you’re in jail. So in illegal states, the proper support is under the radar – the last thing you want is to disrupt your family life.

HVT: You’ve been an advocate for years, worked as the associate publisher of High Times, and have just written a book about parenting, so how’s it been a factor for you in raising your daughter?
RC: The fact of the matter is that it’s made me closer with my daughter and that’s we’ve got a great relationship. She was raised in a house where marijuana wasn’t a mythical or scary topic, it was dad’s thing and his profession, if anything she most likely wanted to define herself away from marijuana, like most teens with their parents. But it was something discussed, which was the important part. She smoked for her first time ever after she turned 18, and it was with me, legally, in Jamaica this past fall.

So marijuana was a non-issue for us, but we talked about many things, like alcohol – I’m a former alcoholic and so we talked about genetic predisposition and drinking. We’ve got an honest relationship so we’ve talked about sex and also had plenty of real conversations about harder drugs being seductive, and I sadly can name multiple personal friends and acquaintances who are now dead from drinking or hard drugs.

I think that philosophically, it’s more about helping teenagers understand not to overwhelm themselves with different risks and compound risky behaviors into deadly ones – as an example, teenagers are going to be tempted to drive fast and probably will, but it’s important that they understand dangerous driving and aren’t also driving fast in the rain when it’s even more risky. Marijuana has risks, and it’s important to know when those risks are dangerous.

HVT: Looking back and looking ahead, what’s changed and what still hasn’t changed?
RC: I’m 61 and I’ve noticed that we’re still stuck in this cycle of drug wars and drug epidemics – we never had drug epidemics before we had drug wars, that’s how it was in the 80s with crack – nobody ever heard of it until we had a “drug war” against it, then it was a problem of epidemic proportions. Same thing with oxycontin, which nobody had heard of until there was an epidemic, but is part of this same cycle.

Like I said, now we’re winning, but there are certain things they (opponents) will never let go of, and “won’t someone think of the children” is one of those things. Another is drug testing, which is a fundamentally ridiculous exercise because it tells nothing about how impaired someone is from marijuana or how recently they’ve used, since it you could smoke a joint Friday and test positive the next Monday.

At the end of the day, even though we’re making all of this progress and winning the debates across the country, there will continue to be pressure on parents both in terms of their ability to be consumers and parents, as well as to the supposed impact(s) of legalization on youth.