Parenting in the Age of Pot 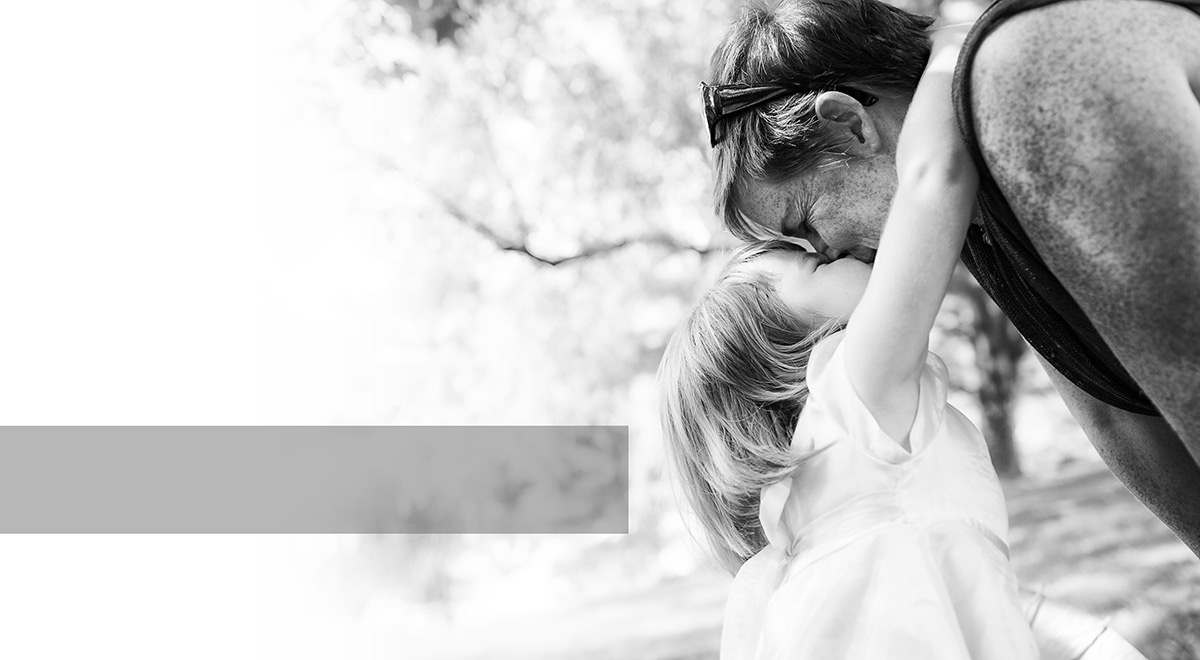 A mother and child kiss on a summer day. by Monica Donovan for Heady Vermont Due to the sensitive nature of this story, several names have been withheld to protect privacy.

BURLINGTON, Vt. — One of Vermont Governor Peter Shumlin’s five requirements for legalizing cannabis is that it has to be kept out of the hands of teens. In recent months, the issue of adolescent marijuana usage has also been a talking point for legalization opponents. During a legalization forum at Essex High School in February, people speaking from a largely anti-legalization crowd expressed concerns about teen pot use and worsening the opiate crisis.

This week, Heady Vermont talked to parents and counselors across the state about pot. We asked moms and dads – smokers and nonsmokers alike – how they talk about marijuana use with their kids. Despite the state’s crunchy reputation, most all parents, marijuana users included, exercise great caution and are firm on their kids not using until they are of legal age.

Heavy Pot Use Harmful to Teens

“The most important thing with teens, obviously, no matter what, is to keep them from using anything at all because their brains are so fragile and developing,” said Sam Hollander, a drug and alcohol counselor from Rutland, in a phone interview. “I see kids all the time who recognize that, but the use of marijuana can stump them. Obviously the kids who smoke regularly do not perform well in school. There’s no question about that.”

The evidence backs him up. Many studies have cited the harmful effects of marijuana on developing adolescent brains. One study published in a 2016 issue of Current Pharmaceutical Design, concludes that “Teens who engage in heavy marijuana use often show disadvantages in neurocognitive performance, macrostructural and microstructural brain development, and alterations in brain functioning.” Other studies have strongly suggested an association between cannabis and schizophrenia, perhaps caused in part by genetic overlap.

No one disagrees that heavy marijuana use is harmful to teenagers. The million dollar question, however, remains: Will legalization lead to increased usage? A federal survey released in December by SAMHSA, the agency inside the U.S. Department of Health and Human Services whose mission is to “reduce the impact of substance abuse and mental illness on America’s communities,” was interpreted in wildly different ways by anti- and pro-legalization opponents.

In fact, monthly adolescent cannabis use remained unchanged in 48 U.S. states in 2014 and it declined in a few others, including former number one state Rhode Island.

“When combined 2012–2013 estimates are compared with combined 2013–2014 estimates, the nation as a whole did not experience a significant change in the rate of past month marijuana use among adolescents,” says the report brief. Statistically, Colorado’s rates are about the same, and its new number one status is due in part to the decrease in other states.

A Vermont Department of Health brief on marijuana use in the state showed that, compared to the rest of the country, we have the highest prevalence of past 30-day marijuana use among the 12-17 and-18–25 year-old age groups.

According to a recent 2016 report by  the Vermont Department of Health that made key recommendations concerning marijuana regulation in Vermont, 62 percent of Vermont high school seniors find marijuana “easy to get,” and 1 in 4 smoke pot at least once a month.

Squeezing Out The Black Market

Dave Silberman, a Middlebury attorney and father of two, penned an opinion piece on youth access in today’s Burlington Free Press, saying that a “comprehensive regulatory framework for sale to adults” would squeeze out the drug dealers and replace them with responsible retailers.

“Even though selling marijuana in Vermont is a felony carrying up to a 15 year jail sentence, there is no shortage of drug dealers willing to sell to our kids,” Silberman said. Furthermore, he called for legislators to include loss of licensure for selling to minors in S.241, and that the majority of establishments be Vermonter-owned to encourage responsibility to the surrounding community.

The January DOH report makes several key recommendations aimed at reducing access to marijuana for those age 25 and younger, including a bans on public smoking and edible products to reduce youth exposure, advertising restrictions, and, should future legislation ever allow for edible products, that kid-friendly product imitations such as gummy bears and cookies not be allowed.

John, an Essex dad, disagreed with some parents who say regulating the trade of legal marijuana will cause recreational marijuana shops and cultivation centers to pop up around public schools, saying that a legal system would divert black market sales away from the school system.

“What these concerned parents fail to realize is that the public schools where they send their kids for have become major marketplaces for illicit marijuana trade under 47 years of prohibition law,” he wrote. “What legal marijuana regulation will do is divert much of the illicit marijuana trade now taking place in our schools, away from the school hallways, parking lots, playgrounds, streets and parks and onto controlled channels accountable to civil authorities.”

Silberman said that drug dealers don’t care whether underage smokers stick with pot or move on to more dangerous substances. “A sale is a sale in their eyes,” he wrote. “By leaving marijuana profits in the hands of criminals, we are effectively underwriting the distribution of heroin and other highly dangerous, highly addictive substances that destroy so many Vermont lives.”

During the legalization forum in Essex Junction a few weeks ago, some worried residents expressed concern that legalizing pot would make the opiate epidemic worse. Hollander disagreed with that sentiment.

“I don’t think it’s the gateway drug,” he said. “I think the biggest gateway drug is tobacco. That’s been my experience. Once kids start using tobacco they start using a lot of other things.” Hollander also pointed out that the tally from all other drug deaths combined couldn’t rival the amount of deaths from cigarettes, and the top two most deadly drugs, tobacco and alcohol, are legal.

One parent from Duxbury says she’d prefer that her kids smoke pot versus using other other substances. “Cigarettes … along with alcohol and opiate addiction, are killing millions of people per year,” she wrote.

One Essex mom said that she talked to her oldest son about marijuana after becoming concerned that his health class was teaching that pot was a gateway drug. She, herself, does not smoke pot, but wants her kids to have a clear understanding of the facts. “I do think I would be okay as long as I felt that they were being responsible with it,” she said. “I would feel the same about them drinking.”

Many young parents today are the product of public schooling in the 80s and 90s, when the DARE program, founded by Los Angeles Police Chief Daryl Gates in 1983 and organized as nonprofit corporation DARE America, was at its peak.

In 2001 President George W. Bush included “scientifically based research” criterion for drug education in his No Child Left Behind Act, signing into law what had previously been only administrative practice.

The “alternatives” that replaced DARE, once the shiny veneer is stripped away, sound disappointingly familiar. Mostly, it’s the rhetoric that’s changed. Instead of “Just Say No,” you’ll hear, “Use your refusal skills.” The new programs encourage teachers to go beyond telling kids that drug use is bad. Instead, they tell teenagers to “use your decision making skills” to make “healthy life choices.” Since drugs aren’t healthy, the obvious choice remains: Just say no.

Laying down such a hard-line ultimatum is akin to teaching abstinence-only sex ed: Teenagers are ill-equipped to avoid drug-related hazards if they do decide to experiment.

The “alternatives” that replaced DARE, once the shiny veneer is stripped away, sound disappointingly familiar.

“I feel it is my duty as a parent to have open and honest discussions with my children about most, if not all, substances,” said another Essex mom who occasionally uses pot, and was previously a medical marijuana cardholder while living in California. “This includes alcohol, cigarettes, sex … We cannot shield our children from reality, but we can help guide them to make safe and informed decisions.”

But what about parents who partake? Even in states where recreational marijuana is legal, a strong stigma remains. Coloradan Brittany Driver, a writer for The Cannabist, detailed an uncomfortable hour spent on the phone with a child-abuse hotline representative, as she was questioned about her marijuana usage and home life after a neighbor reported her as a pot-smoking parent. “When any intoxicant is being used by mom or dad, responsible use and child welfare have to be top priorities,” she wrote, a sentiment echoed by Associate High Times Publisher Rick Cusick in his interview with Heady Vermont this week.

“I’m afraid of my child being taken away from me. The reality is it’s something that could potentially hurt me if the wrong person finds out, even though I’m a highly respected citizen of Vergennes,” said one dad, a regular pot smoker, in a phone interview. “I’m [also] afraid of [my kid] being out in the world and not knowing how to deal with it.”

While some parents smoke occasionally, others have in the past but now abstain from it entirely due to some of the same fears. “It’s simply not worth it at this point,” wrote a dad from Colchester.

With the air of controversy and fear of persecution surrounding what is still very much an illegal drug in Vermont, it’s little wonder more families haven’t stepped up in support of marijuana in Vermont. The challenge for those trying to build S.241 is putting a strong system in place that can effectively squeeze out illegal sales and reduce adolescent access to marijuana. And those that are adamantly against legalization, once it’s in place, will find themselves answering tough questions from their own kids.