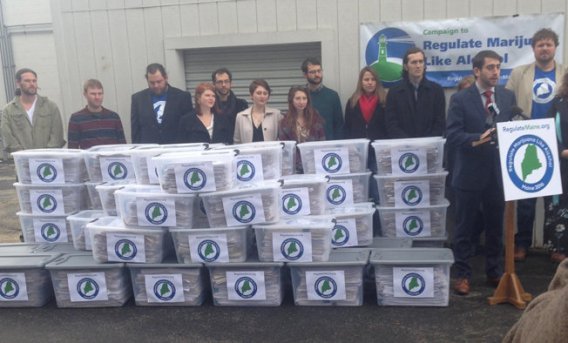 AUGUSTA, Maine — After being disqualified from the November ballot by the Secretary of State’s office, the Coalition to Regulate Marijuana is filing suit in Kennebec County Superior Court .

Pot supporters united as the Coalition to Regulate Marijuana and submitted 99,200 signatures on February 1. Last week, the Maine Secretary of State’s Office announced that a proposed initiative to end marijuana prohibition in Maine did not qualify for the November ballot. In order to qualify for the ballot, supporters needed roughly 61,000 signatures for a measure that would allow adults 21 and older to possess small amounts of recreational marijuana. State officials determined that initiative backers submitted 51,543 valid signatures.

It appears that more than 17,000 valid signatures of registered Maine voters were not included in the count because the signature of an individual notary did not match the signature the state has on file for that notary.

Campaign leader David Boyer and attorney Scott Anderson will announce the details of the suit at a news conference later today.