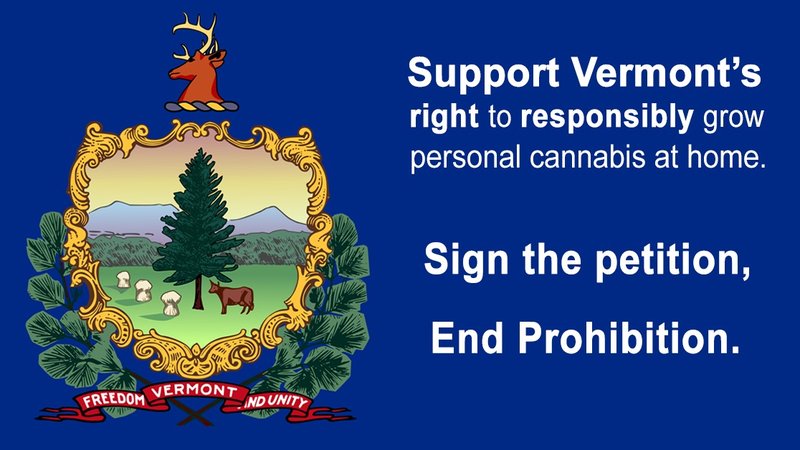 BURLINGTON, Vt. — Technology is constantly evolving around us and becoming more ubiquitous (there’s a 50% chance you’re reading this on a phone screen right now), which has certain implications for politics at all levels. Whether it’s pre-town meeting budget debates on Front Porch Forum, or Bernie and Trump flooding your Facebook feed, technology and politics have a symbiotic, viral relationship and feast on each other.

When it comes to cannabis conversations across Vermont, both supporters and opponents are seeking online information to stay updated (@HeadyVermont on twitter), share their perspectives, and fire up their like-minded friends and followers. So, how do advocates use traditional and untraditional means to impact legislation, and how do they know if their clicks are being heard by local representatives?

Cannabis supporters note that standing up at an in-person forum to support cannabis publicly is still too taboo for many mainstream supporters, and that the online organizing resources are crucial for them to share their message with both elected officials and potential allies. According to New England Political Director Matt Simon of the Marijuana Policy Project:

“Many supporters of reasonable regulation for marijuana are very reluctant to speak out in favor. Some say they fear repercussions from local law enforcement or their employers. Technology alone will not be able to solve this problem, but it can certainly make it easier for people to communicate with their elected officials.”

Opponents of legalization agree that online tools are crucial, but without the same concerns as many pro-pot parents, for Smart Approaches to Marijuana (SAM-VT), the statewide group lobbying against S.241, it’s more a case of needing to allocate resources. “Since we don’t have paid staff, we rely a great deal on social media and our newsletter list for any ‘calls for action,’ and since so much of our mobilization is grassroots, good old fashioned hitting the pavement is still incredibly instrumental for our ability of to reach out,” said Courtney Hillhouse, a member of SAM-VT.

With any political question, the most passionate are typically the most vocal, in person and online, which is certainly the case with cannabis in Vermont. Of supporters (55% majority of the total Vermont population, according to the latest VPR/Castleton survey) and opponents (who make up 32%), 47% of those supporting and 54% of those opposed and feel strongly or “very strongly” on the issue.

But since S.241 won’t be decided by a popular vote, the challenge for the passionate advocates on both sides is not just how to reach supporters, but how to convert clicks, emails and phone calls into legislative action. Although a clear supporter of legalization long before S.241, Senator Dave Zuckerman (P/D-Chittenden) said that cannabis hasn’t buoyed overall engagement this session. He also reiterated that, just like other issues, “I find that personal letters, phone calls, personalized emails, and then form emails, that order, tend to have the most effect. Obviously personal contact is the most successful, but that is not as commonly possible during the legislative week…”

Zuckerman also acknowledged that when it comes to noise, “In fact, right now, it appears that the opposition is more engaged than those that are supportive.” However, he also reiterated that, in part, this is because some in support are concerned about being visibly supportive for fear of status or appearances. “For instance, I know that there are some teachers, medical professionals, engineers, and particularly law enforcement and drug councillors who are supportive, but who are unwilling to be public about it,” he said.

John Cisar started an online petition on Change.org to support cannabis reform — it currently has over 775 signatures. He prefaced his commentary by saying that he’s not an advocate of marijuana, nor a recreational consumer himself, but he says he sees the criminalization of cannabis as an injustice and is concerned about the voices of Vermonters being heard.

Cisar acknowledged that “online activism is a valuable companion to traditional activism but probably isn’t an end unto itself.” Still, in terms of civic engagement, he had three reasons he’s continuing his cause online. “Every politician cares about their electability and political legacy,” he said. “Knowing this, I fashioned a petition with three objectives in respect to these.”

1. Make evidence-based moral arguments for genuine marijuana policy reform, aiming to convince opponents of legalization in the legislature it’s the correct thing to do.
2. Mobilize a large block of voters to pledge to support marijuana legalization supporters and oppose marijuana prohibitionists in the next election cycle.
3. To counter what he calls “the marijuana prohibition lobby (SAM) in Vermont, then dismantle their arguments.” Cisar says that SAM — and others — feel threatened by genuine policy reform, so they will use their position with the public, and access to policymakers, to convince everyone to fear the consequences of marijuana policy reform.

As the online and real-life engagement and advocacy continue to ramp up online and in person, the question for both supporters and opponents of S.241 is how to best influence representatives and how all those likes and online signatures will translate into legislative influence. For those plugged into the latest Vermont cannabis chatter online and at the gas station, it will remain to be seen how the various factions mobilize their supporters, and even more importantly, how those opinions are represented in Montpelier.