Victorious in Vermont, Bernie Takes the Stage in Essex 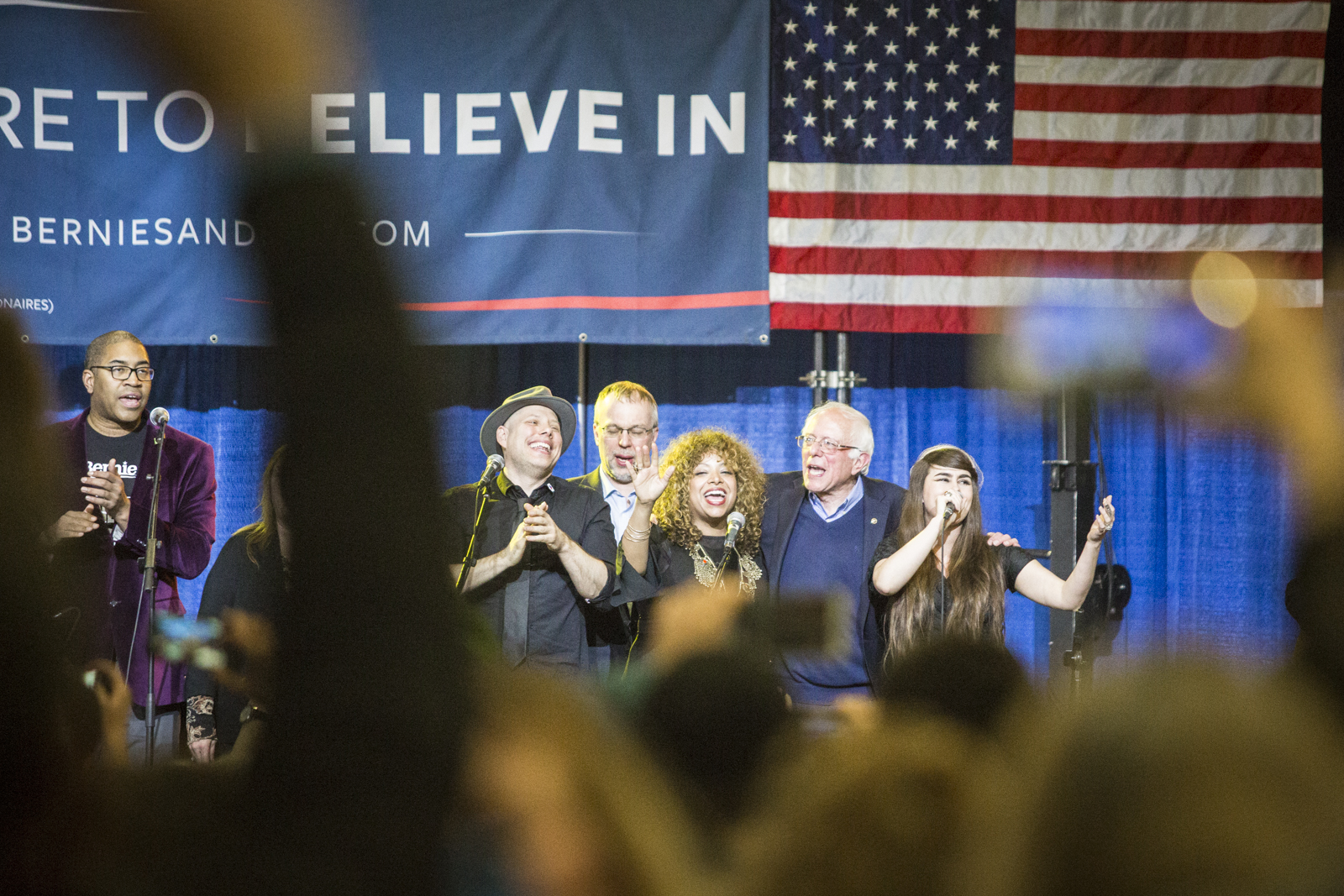 Presidential hopeful Bernie Sanders sings "This Land is My Land" onstage with local musicians at his primary rally in Essex, Vermont on Tuesday, March 1, 2016. by Monica Donovan for Heady Vermont

For Sanders, Vermont was going to be the easy win of the night. As results filtered in during the hours afterward, it became apparent that Hillary had trounced him in the South and eked out a victory in neighboring Massachusetts. Trump dominated the GOP ballot, taking home victories from seven states.

“At the end of tonight, 15 states will have voted. Thirty-five states remain,” Sanders told the crowd. “Let me assure you that we are going to take our fight for economic justice, for social justice, for environmental sanity, for a world of peace to every one of those states.”

He went on to summarize familiar lines from his stump speech and emphasize that no vision is too big “when we bring our people together — when we do not allow the Donald Trumps of the world to divide us up. When we bring our people together and when we have the courage to stand up to the billionaire class and tell them they can’t have it all, that our government belongs to all of us, not just super PACs and wealthy campaign contributors.”

Sanders took majority wins in Colorado, Minnesota and Oklahoma, while Hillary steamrolled the south with minority votes, claiming Texas, Virginia, Alabama, Arkansas, Georgia, Tennessee and Texas for her own.

Musicians Ben Folds, Kat Wright, Brett Hughes, Nicole Nelson and Dwight Richter wrapped up the rally with a rendition of “This Land is My Land,” with Bernie joining in for the singalong before retiring home to catch the rest of the primary results.

Find out full primary results via The New York Times.