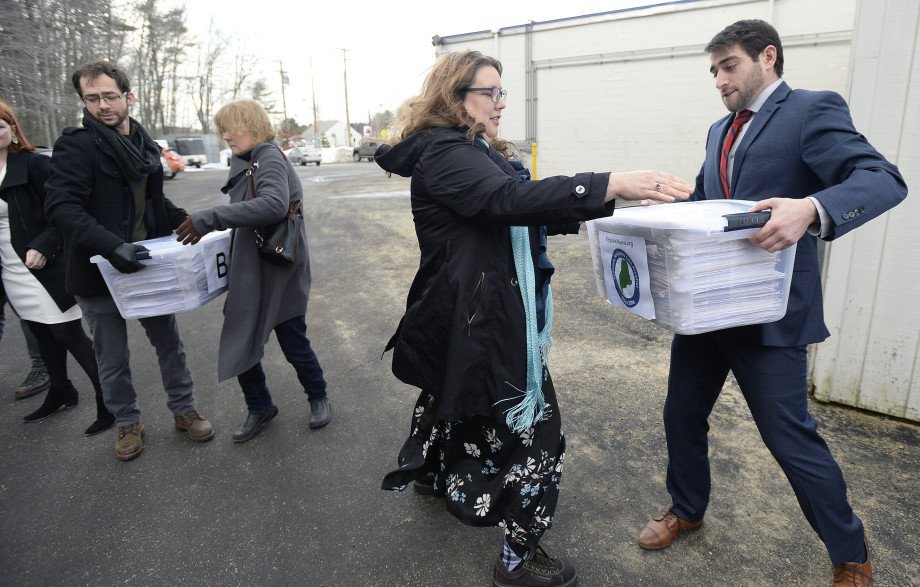 AUGUSTA, Maine — A coordinated effort by pro-legalization forces in Maine has been disqualified from the November ballot by the Secretary of State’s office. Pot supporters united as the Coalition to Regulate Marijuana and submitted 99,200 signatures on February 1. In order to qualify for the ballot, supporters needed roughly 61,000 signatures for a measure that would allow adults 21 and older to possess small amounts of recreational marijuana.

According to Dunlap’s office, over 31,000 signatures were deemed invalid because signatures on petitions swearing that the circulator witnessed the signature collection did not match his or her signature on file. One circulator was listed as the public notary on 5,099 petitions containing 26,779 signatures.

Other irregularities included 13,525 signatures that were invalid because they did not belong to a registered voter in the municipality where they were submitted.

Last year, Mainers spent $23.6 million on medical marijuana from the state’s eight dispensaries, a 46 percent jump from the previous year. Those numbers don’t include sales to patients from the more than 2,200 caregivers licensed to grow and sell marijuana to patients.