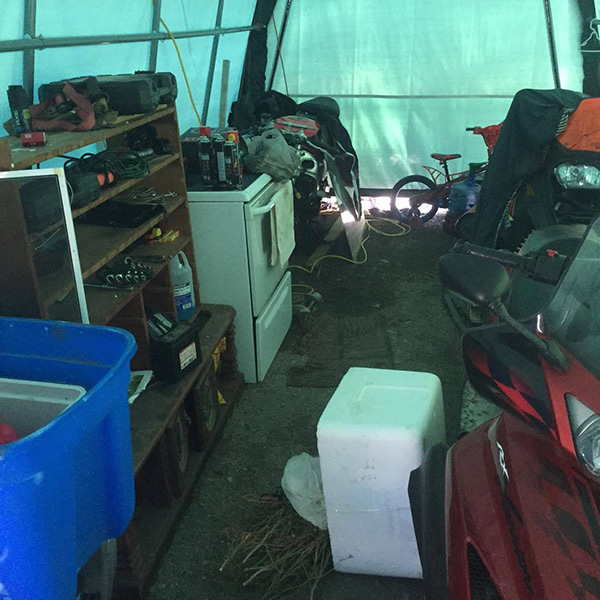 Police seized four pounds of cannabis that had been temporarily stored in Michael Brown's carport. The suspect’s wife says her husband “grew a small amount of marijuana for his recreational use and my occasional appetite booster in a different location last summer so he wouldn’t have to buy it."

BERKSHIRE, Vt. — On Sunday, the Vermont State Police issued a press release indicating they had busted a “THC Extraction Lab,” seized four pounds of marijuana, and charged 31-year-old Berkshire resident Michael Brown with cruelty to children, plastering his name and mugshot across the state and internet. It was big news because this process involved making “butane hash oil (BHO), or butane honey oil” with butane gas, which can be used to extract the THC chemicals from the cannabis plant in order to produce BHO (also known as wax, shatter, oil, and dabs).

Police everywhere are concerned about the rise in popularity of BHO, and the dangerous amateur operations have led to explosions in homes around the country (some injuring children), especially in California where Humboldt County firefighters will “no longer enter suspected hash lab fires due to their danger.”

Vermont State Police are clearly concerned with these amateur operations as the official press release asks that “Anyone with information regarding THC extraction labs, please contact your local Law Enforcement Agency as these labs pose a risk to the public.”

However, according to Katelyn Button Brown, 27, the wife of the suspect in the Berkshire bust, their household is the opposite of “Breaking Bad,” and the arrest publicity unfairly portrays them as endangering their three kids, a charge she vehemently denies.

“I don’t know if they’ll allow me stay involved with the PTA or substitute teaching, and when I bring my kids to school on Wednesday, it’ll be with my head down because this is having a huge negative effect on our family and it’s not what it looks like in the news,” Brown said in a phone interview.

According to the suspect’s wife, her husband is the victim of a vengeful former in-law who was in trouble herself with police and ‘ratted out’ the suspect to avoid her own further legal troubles. Police received enough credible information to suspect BHO was being produced and search the premises. The officers found four pounds of marijuana, and an undefined amount of “THC oil, including a common form identified as ‘shatter’ or ‘glass.’

The suspect’s wife suffers from cervical and uterine cancer, which led some apparent acquaintances on Facebook to suggest oil might have been produced to support her. However, Brown is not a registered medical patient in Vermont and according to her, she rarely partakes in using cannabis. “I don’t even like the way it makes me feel, it’s just the best and only thing I’ve tried for appetite and nausea,” she said.

Still, she resents the implications of the arrest and denies that her husband is a criminal.  “He’s got a good job and he’s only home a few days a week, saying he’s running a lab and endangering our kids isn’t true, we’re very active in the community and now our family’s name is being dragged through the mud.”

Police declined to comment on any specific details before the suspect’s arraignment on April 18, but did not report seizing cash and have not charged the suspect with intent to distribute cannabis. Six empty cans of butane and a baking tray with some marijuana flower remnants were discovered, although the police did not take the equipment as evidence.

Along with police, at least one official from the Department of Children and Families visited the home, but a representative from the St. Albans office declined to comment on the case.

Police aren’t the only ones aware of the dangers of improper extraction—in the growing legal industry, professionals frequently attempt to educate interested amateurs as to the dangers of improper extraction and actively discourage any use of butane indoors. (Read the blogpost, Booming BHOtards: The Explosion of Explosions from SkunkPharm Research LLC)

The rise in popularity of BHO and other THC concentrates, and lack of chemical or safety knowledge by would-be illicit producers, is bringing about a new challenge for marijuana enforcement.  For the family of the alleged Berkshire “lab” operation, however, it’s a personal appeal for an undereducated public (and media) to differentiate between breaking news and “Breaking Bad.”