Brownie Bust at the Border 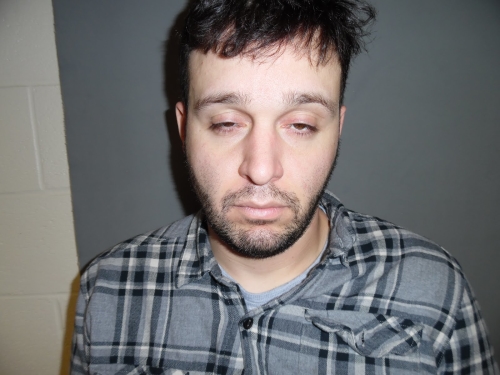 HIGHGATE, Vt. — Does this look like the face of an award-winning chef who was arrested at the Highgate border crossing trying to bring 22.5 pounds of weed brownies into the United States?

For whatever reason (looking anything at all like he did in that mugshot), U.S. Border Patrol agents were suspicious and searched the vehicle of Timothy Maslow, 31, of Waltham, Massachusetts as he attempted to re-enter the United States through the border crossing at Highgate Springs on Friday afternoon. Maslow, according to the Boston Globe, was named one of Food & Wine magazine’s “Best New Chefs” in 2015 and Boston magazine’s “Best Chef” in 2014.

According to the Vermont State Police Barracks in St. Albans, the 22.5 pounds of edible THC products were in the form of brownies – fudge and toffee flavored brownies — to be exact.  For reference, a standard serving size of brownie is one ounce, meaning this bust yielded roughly 360 one-ounce brownies.  In addition to the brownies, the suspect was also charged with possession of a depressant, stimulant, and narcotic.

The products apparently were not individually packaged, but the amount of baked goods indicated much more than personal consumption: “If I were to estimate, I’d say the total amount looked like probably four commercial baking sheets worth (of brownies),” said Cpl. George Rodriguez in a phone interview.

When it comes to weighing cannabis, there’s an alarming subjectivity varying from state to state, and even sometimes county to county. For example, when a homegrow operation is busted, the weight is calculated by the entire plant, including the rootball – so a plant that might yield one pound of bud might itself weigh five pounds or more, depending on the stage and method of cultivation.

The question of “Marijuana Infused Products,” or MIPs, was at the forefront in Texas in 2014 when police busted a brownie-making operation and charged a 19 year-old for the weight of the baked brownies: one and a half pounds, which in Texas can carry a sentence of up to 10 years to life in prison.  His father appeared on Good Morning America, supporters gathered a petition with over 243,000 signatures and he eventually took a plea for a second degree felony and seven years of probation.

So in Vermont, do you get charged for the 22.5 pounds of baked brownies, or the amount of cannabis used to make them?  While it’s not immediately clear if these brownies will be tested for potency, present (and proposed) law in Vermont define cannabis as:

“Cannabis” means all parts of the plant Cannabis sativa L., whether growing or harvested, and includes: the seeds of the plant; the resin extracted from any part of the plant; and any compound, manufacture, salt, derivative, mixture, or preparation of the plant, its seeds, or resin.

However, there’s currently another cannabis bill in the Vermont House called S.14, which would require MIPs (presently allowed for medical patients) to be packaged in single servings and display the amount of THC and other warnings on the label.  Because patients have purchase limits, and dispensaries have tracking requirements, the bill also addresses the calculation of MIPs and suggests that only the actual bud in the batter would count:

Without legal MIPs for anyone but registered medical cannabis patients and plentiful precedent of law enforcement maximizing measurements, will the illegal brownies be calculated by police at the same rate of the medical cookies?  Expect more discussion of this topic in the future — especially if you try to drive through the border with this look on your face.