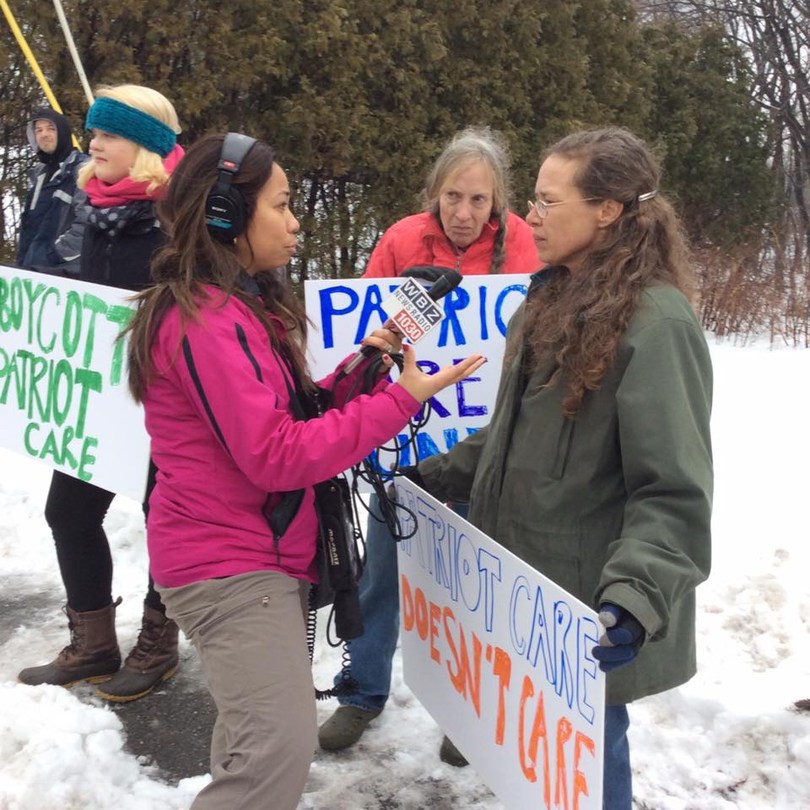 LOWELL, Mass. — Medical patients and advocates are protesting the opening of a new dispensary in Lowell after learning of a conflict of interest within its parent company.

The dispute stems from the revelation in a Boston.com article by Adam Vaccaro that a registered lobbyist, who was hired to represent the interests of Patriot Care’s Massachusetts medical dispensaries, has started an anti-legalization effort called Safe Cannabis Massachusetts to oppose the MPP-funded Campaign to Regulate Marijuana Like Alcohol that will appear on the November ballot.

Patriot Care, which is expecting to open three locations in Massachusetts, is owned by Columbia Care, an industry giant led by former Goldman Sachs investment bankers and several other prominent business leaders. The company operates more than a dozen medical marijuana dispensaries in five states outside of Massachusetts.

The Massachusetts Cannabis Reform Coalition released a statement on February 13:

We at MassCann have great concerns regarding this relationship between Delaney and Patriot Care. At the very least we view this as a conflict of interest that should be addressed. We demand Patriot Care to publicly denounce Delaney’s actions and sever any and all forms of financial ties with the Delaney Policy Group … We urge Patriot Care to not engage in a course of actions that would undoubtedly alienate them from the very community they wish to provide for and be apart of.

Medical marijuana patients and advocates gathered outside the nondescript offices of Patriot Care on its official opening day. Although advocates have been working to increase the number of dispensaries allowed in the state, many are angered by the role of a paid marijuana consultant actively working against recreational legalization in order, they allege, to protect Patriot Care’s marijuana monopoly.

Patriot Care’s executives said they are not involved with Delaney’s campaign and have no plans to sever ties with him as their lobbyist, calling him a valued partner.

“We want to communicate the fact that Dan Delaney has formed a committee to oppose the effort to end prohibition in Massachusetts,” said Jim Borghesani, the director of communication for the Campaign to Regulate Marijuana like Alcohol. “Dan participates in the marijuana industry, Dan profits from the marijuana industry, and now Dan wants to create a monopoly on the industry for himself and his largest client, Patriot Care.”

The Vermont Agency of Commerce and Community Development and the Department of Taxes will be ...

“I believe that crisis is also opportunity — a moment when everybody’s saying maybe we ...