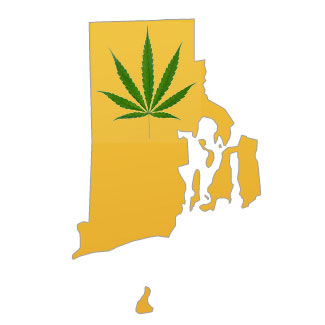 PROVIDENCE, R.I. — A bill in the Rhode Island Senate, introduced earlier this month, has won support from a top lawmaker in Senate Majority Leader Dominick Ruggerio, who signed on to co-sponsor S2420. The proposed legislation would legalize marijuana possession for adults 21 and older, establish a system in which cannabis is regulated and taxed similarly to alcohol, and allow the cultivation and production of industrial hemp. Rhode Island passed medical marijuana legislation in 2006 and decriminalized pot possession in 2013.

Senators Josh Miller and Rep. Scott Slater introduced legislation for the fifth year in a row on February 11. Sen. Miller, a Democrat from Cranston, has introduced the legislation for several years without success. Last year’s bill was widely supported but stalled in the state’s Judiciary Committee. In a statement, Sen. Miller said that there is more momentum this year and other lawmakers might take the bill more seriously with stronger leadership support.

“It’s not outlier legislation,” he said.

“If it doesn’t come to a vote this year, we’ll see what happens on the ballot in Massachusetts, and we could be pretty nimble thereafter,” said House Speaker Nicholas Mattiello on Rhode Island Public Radio. “If not, if we don’t pass it this year and Massachusetts does legislatively, if we chose to, we still have the option of doing it early in the next legislative session. So, we’ll listen to both sides and see what information comes in and then consider it.”

But Jared Moffat, director of Regulate Rhode Island, said that with 57% of Rhode Island voters indicating support for marijuana regulation, it’s time for the state to act. Moffat argued that the wait-and-see approach would no longer suffice for Rhode Island. “Vermont and Massachusetts, we should be well aware of the fact that they’re moving seriously towards legalization,” he said. “We’ve had the debate for five years now – and it’s coming. The question is now do we want to get ahead of the curve. Our hope is that now that tolls vote happened, that this will be the next thing that fills the void.”

Gov. Gina Raimondo has separately unveiled a plan to tax medical marijuana plants, which faced widespread protest from legalization supporters. The plan would raise more than $8 million by charging medical marijuana patients an annual fee of $150 and caregivers a fee of $350 for each marijuana plant they grow. Advocates argue that the legislature should consider taxing the state’s recreational marijuana sales instead.

Neighboring Massachusetts is likely to consider a measure legalizing cannabis in November. In Vermont, S.241 passed the Senate with a final vote of 17-12 last week, and is expected to face a challenging vote in the House next month.